Homage to the Original Highbridge – the Pont du Gard

I’ve always dreamed of seeing the Pont du Gard. It has a special significance to me.
Anyone who is not a bridge fanatic, or is not from Highbridge, may find this post a bit much, but I had to do it.

First, a bit of background.
As Manhattan’s population increased in the early 1800’s, serious problems with the water supply of wells and cisterns threatened to halt the city’s growth. The water supply was polluted, causing outbreaks of cholera, and the supply was inadequate to fight fires. The Great Fire of1835 destroyed much of Lower Manhattan, and demonstrated once and for all, the need for an improved water supply.

The Croton River in northern Westchester was determined to be the nearest source of sufficient clean water and a great Aqueduct project was begun in 1837, and completed in 1848. The Croton Aqueduct ran 41 miles into NYCity and had to cross the Harlem River to reach Manhattan. Laying the water pipe on the river bottom was the low cost option. Instead, to celebrate this great engineering marvel, which was essential to allow Manhattan to grow into the world’s premier city, a majestic bridge was built to carry the Aqueduct high across the river.

The Highbridge was designed in the style of a Roman Aqueduct, with 15 stone masonry arches spanning the Harlem River. The Highbridge is now the oldest bridge into Manhattan, 35 years older than that upstart Brooklyn Bridge, and after restoration should be open to pedestrians again in 2014. The bridge was constructed mainly by Irish immigrants who settled nearby, in a neighborhood named after the bridge. This Highbridge neighborhood in the far west Bronx is the neighborhood I grew up in.

Now, to bring this long bridge story up to date.
When we arrived at the Pont du Gard today, I was wearing my special “Made in the Bronx” t-shirt. I had to tell my Highbridge story to anyone who would listen, including a couple of guys responsible for crowd control. I’m not sure how much they understood, but one of the guys listened and pointed to my shirt. Then he smiled and said:

So even in the middle of nowhere in southern France, Brooklyn has all the street cred, and the Bronx gets no respect. Oh, well.

Here is the much loved Highbridge, as originally constructed:

The Highbridge is the Bronx’s own Pont du Gard, but let’s look at the original: 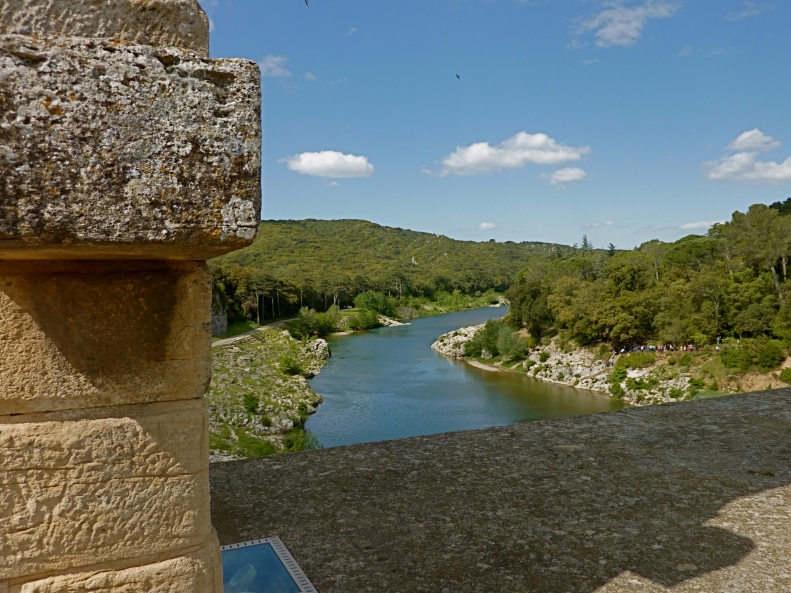 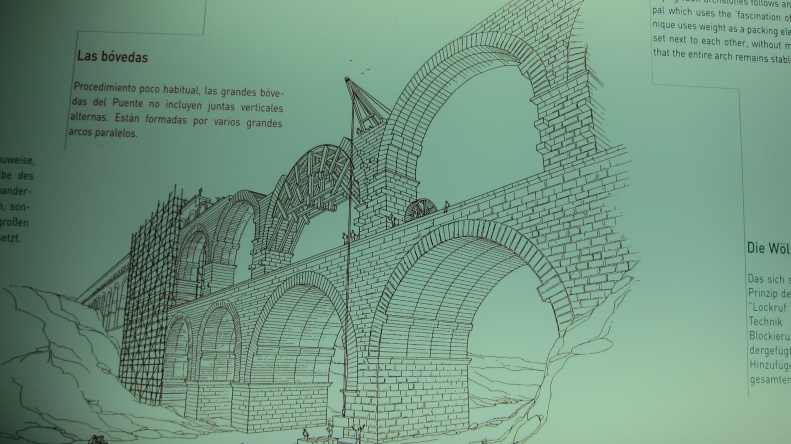 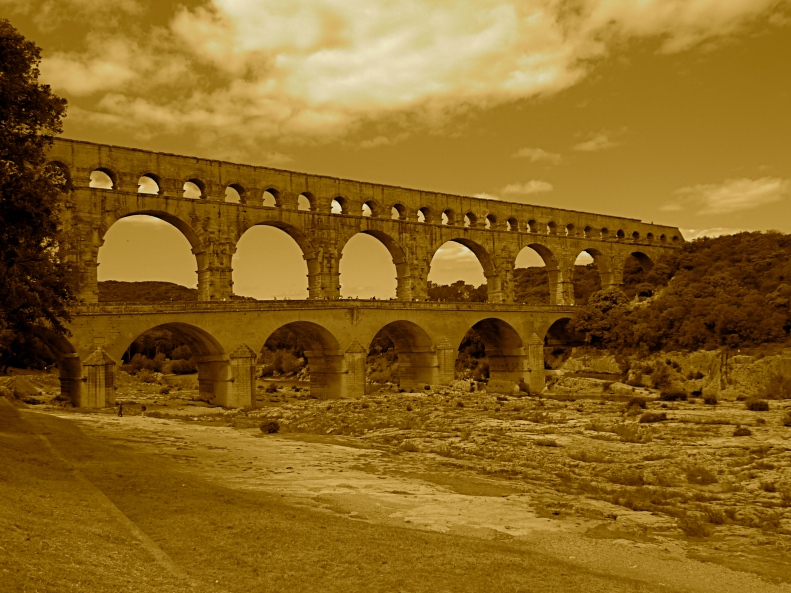