Today was our day to explore Canterbury. Thanks to Sarah, a native of this town, we had many good suggestions beyond the Cathedral. She advised we should pick up some gourmet picnic fixins at “the Goods Shed” near the train station and take them to Westgate Gardens near our hotel, try the “Old Brewery Tavern” for a pint and flat screens for the Games, and head to “Cafe du Soleil” for dinner. She was spot on. 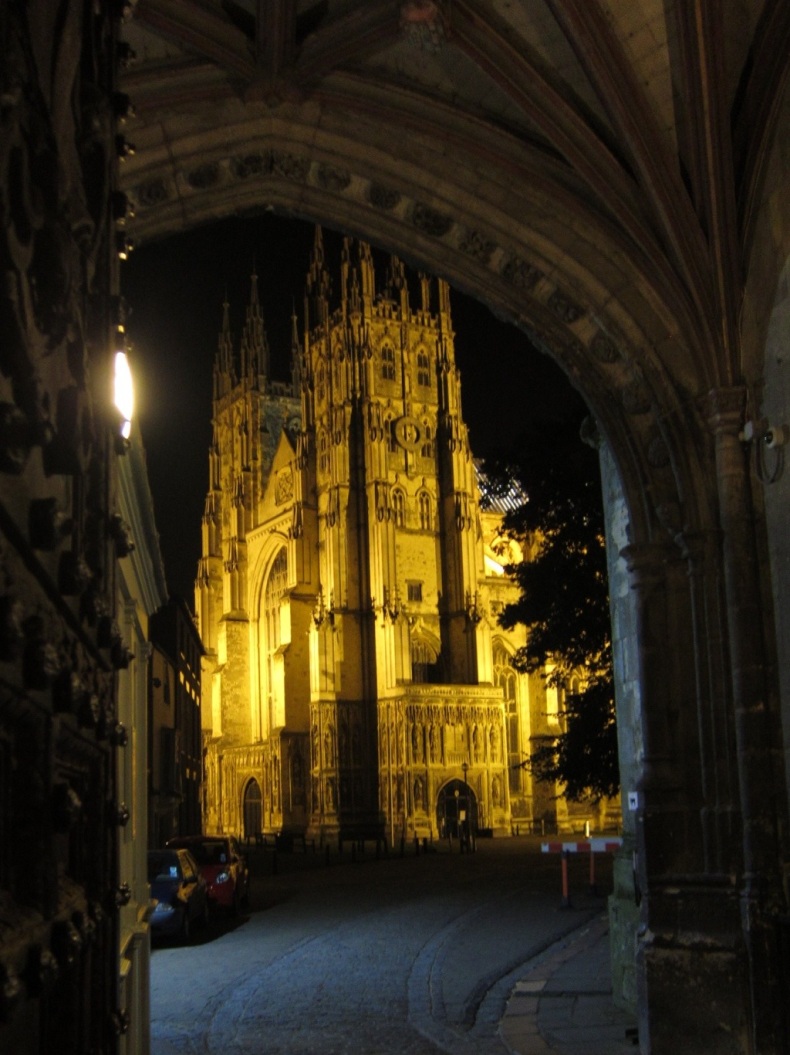 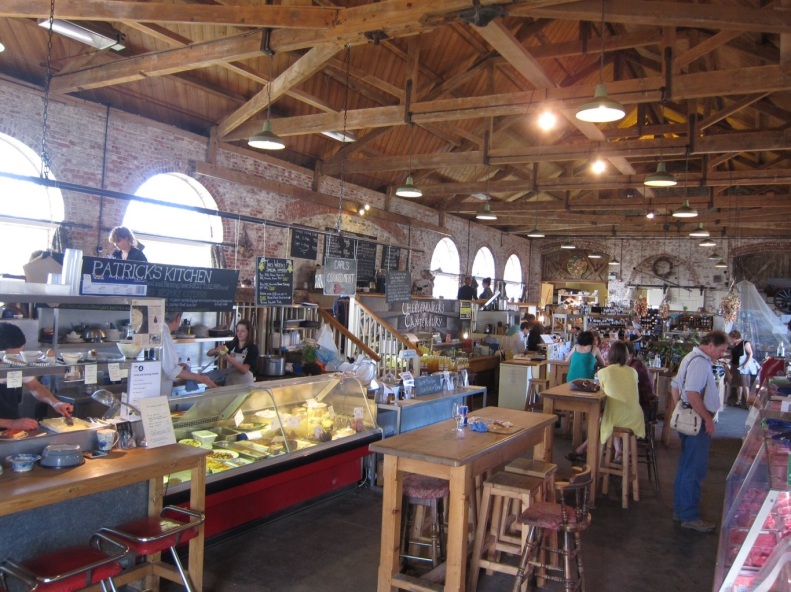 The Goods Shed – umm, umm, good, including some decent cannoli. 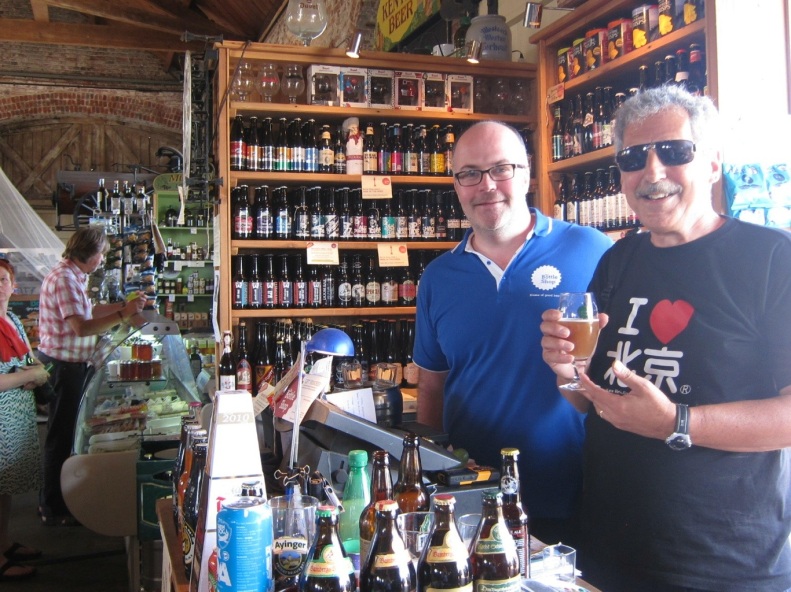 with Andrew, the Bottle Man, at the Goods Shed. Has a fantastic selection of brews, including the “Big Bottles” from Bklyn Brewery – how this can be? Claims the biggest selection in southeast England, including London. 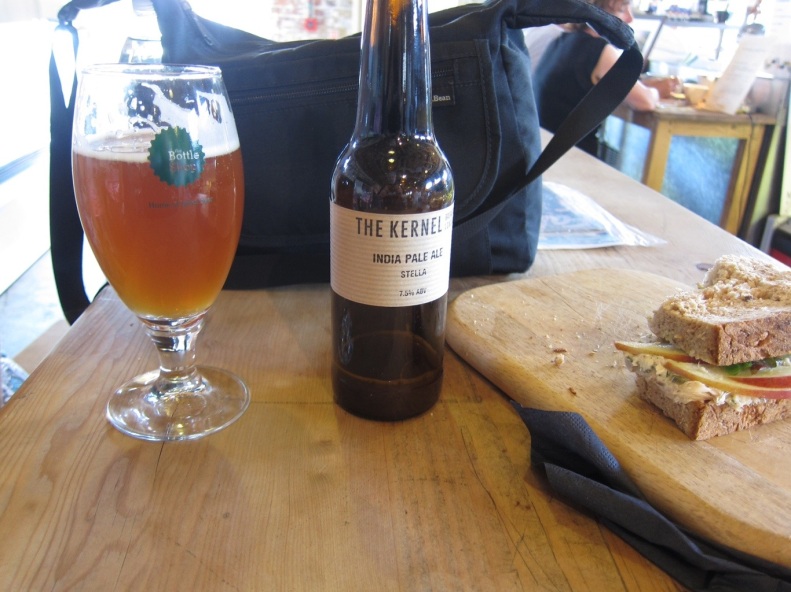 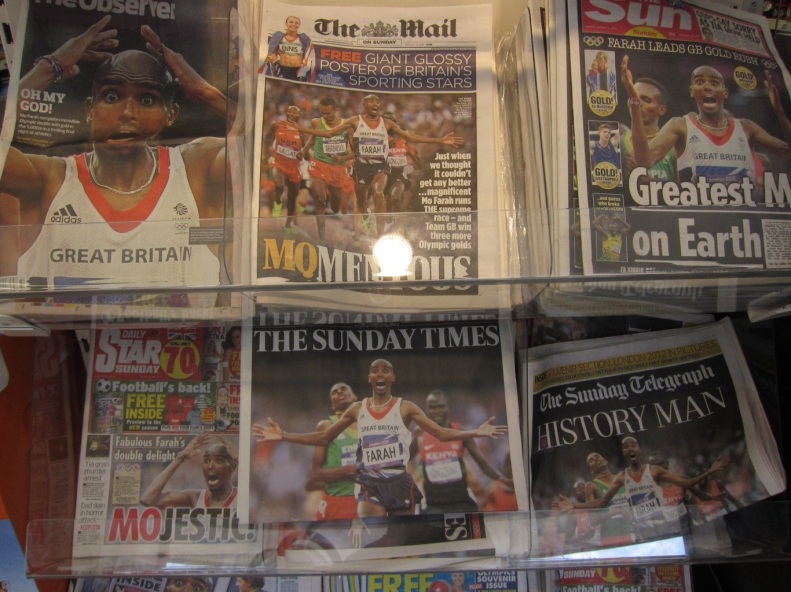 Mo Farah, national hero, doubles in 10K and 5K. Last time I can remember this happening was Lasse Viren, in Montreal and he needed blood doping to do it. 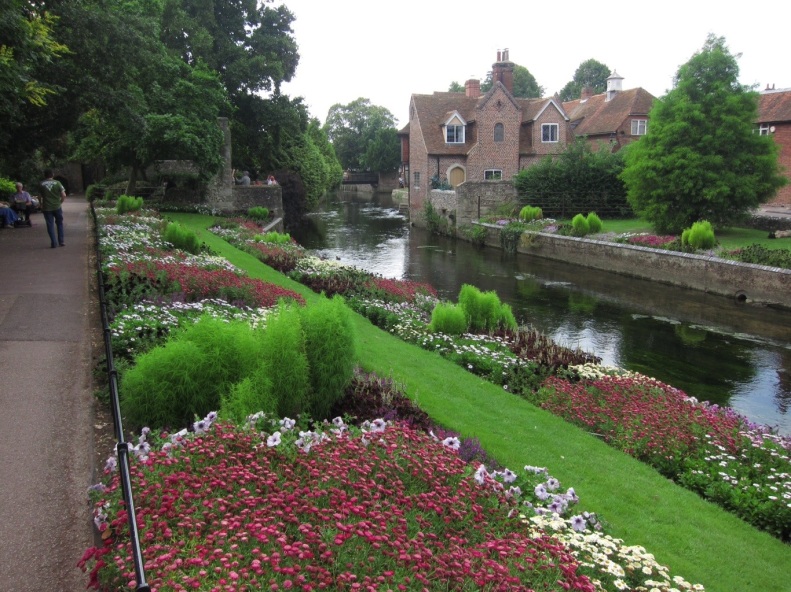 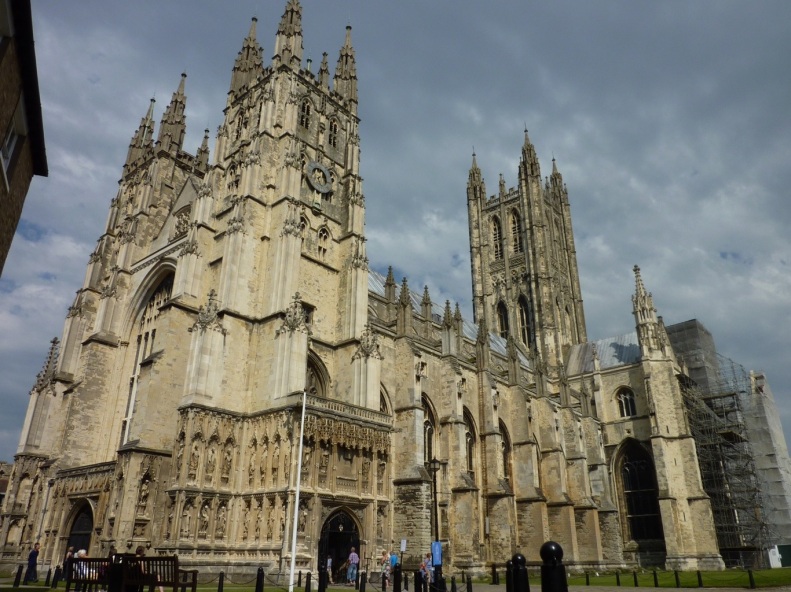 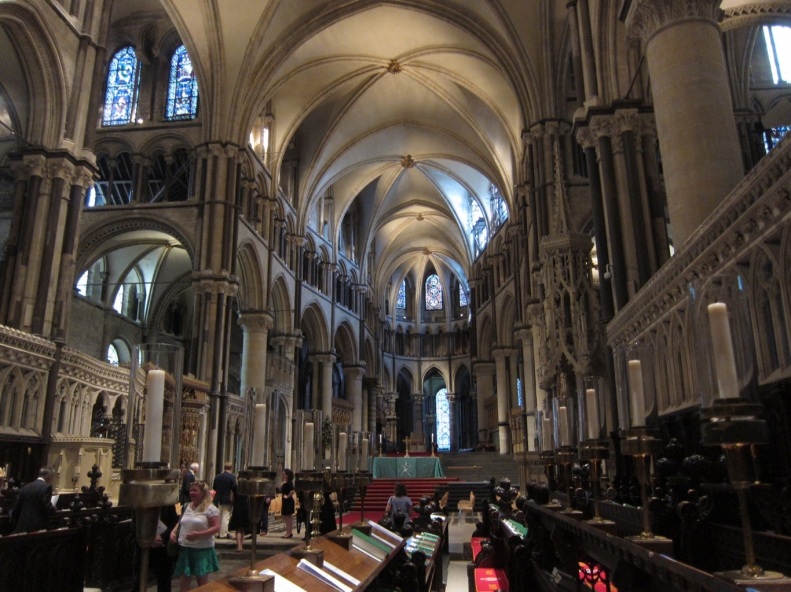 Canterbury Cathedral – Evensong service. Celia said we had spent enough time in pubs, needed to spend some time in church. The organ was awesome. 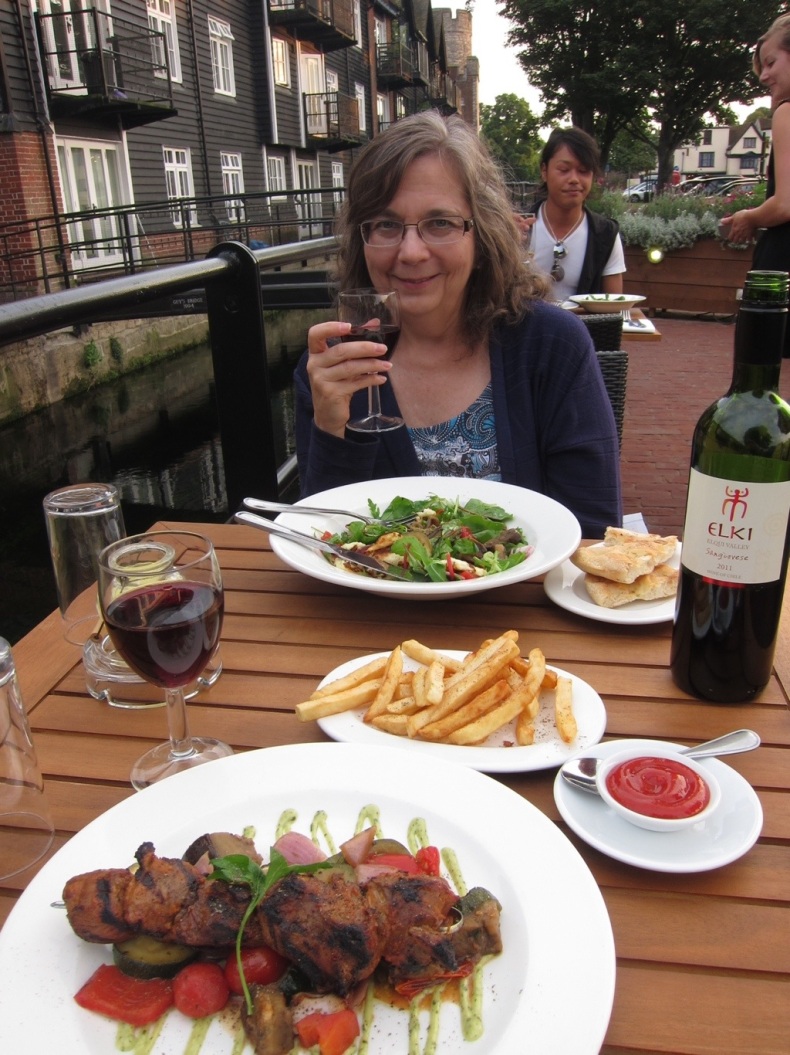 Cafe du Soleil – chargrilled brochette of Kentish lamb. If you like lamb and I do, southern England is the place to be. 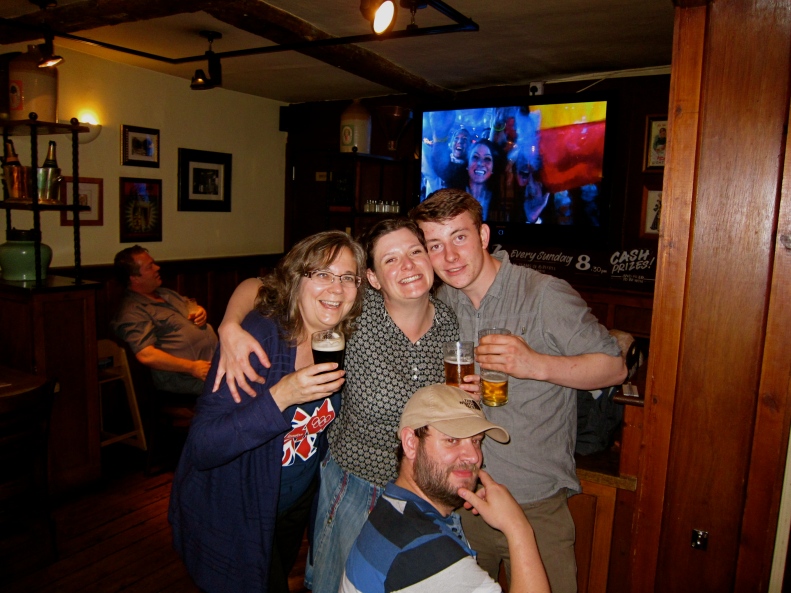 Today’s PremierPub: our local in Canterbury for the closing ceremony. our young Brit friends were able to help us understand who some of the acts were, esp. Muse and Beady Eye. But my fave moment was when one of the guys said: “Who is this chap?” and Celia casually said: “that’s Mike Rutherford from Mike and the Mechanics, he used to be with Genesis.” They were mighty impressed, but not as much as me.