The Vashon Island grapevine boasted 8 weddings on the island this weekend. It is a pretty place, so it’s no surprise that folks choose to get married here. We had ferried over from Seattle for the union of godson Ben & Kelsey. For the touching story of how they met, and the important role played by Iris the cow, see wedding.dairycouple.us

The festivities started Thursday nite with a smoked salmon & bbq chicken party for family members put together by our LI friends Stefani & Pat. It was a nice opportunity to meet the families and siblings, but the real treat was the food – locally caught wild salmon, carefully smoked by Pat and wonderful side dishes prepared by Stefani.

Saturday was a beautiful, sunny day as we headed to Kelsey’s family farm, which had been transformed (with much effort), into a magical place for a wedding. There were horses and cows, and we did have to duck some wandering chickens. Most importantly, we had to make sure not to get too close to the 300 pound pigs, who have a mean disposition when they are hungry.

Last year’s meanest pig had become the centerpiece of the wedding feast. Freshly slaughtered the day before, and slow roasted from 5am, it was on the spit as we arrived and became a mouth watering temptation, until the bride and groom made the ceremonial first cut. Equally delicious were the cheese delicacies and ice cream made by Kelsy, a graduate of the Culinary Institute of America, and a cheese guru and instructor. 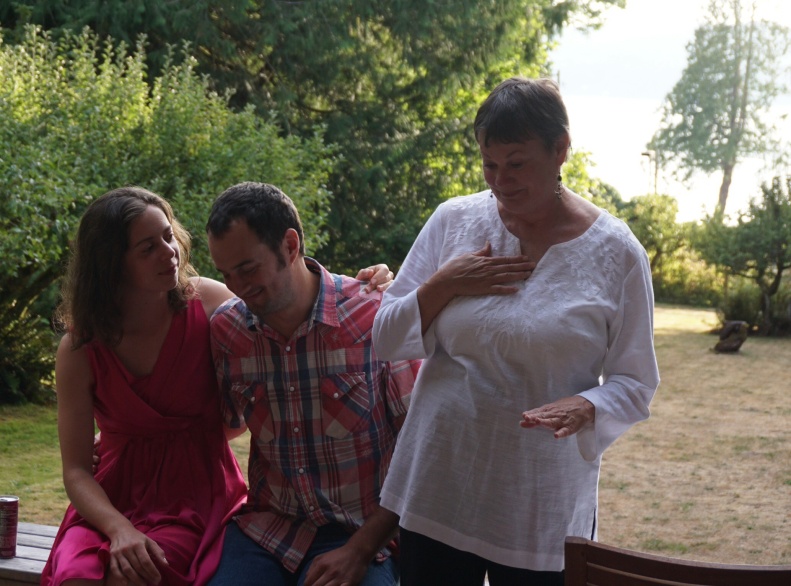 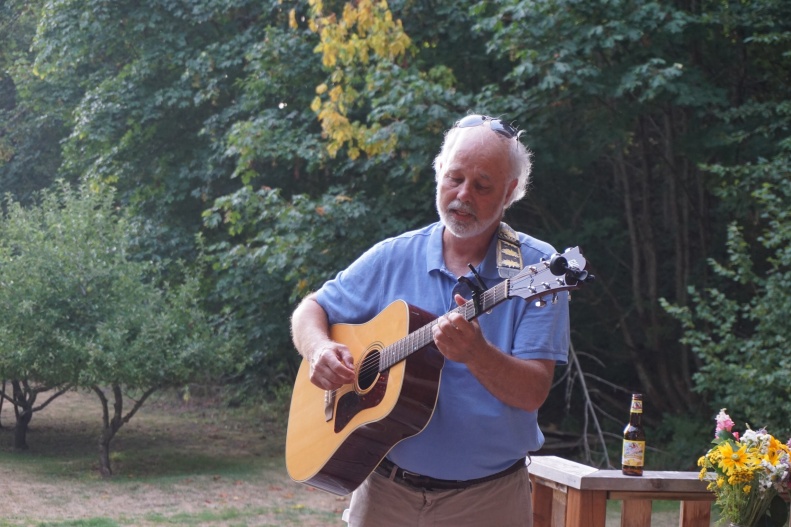 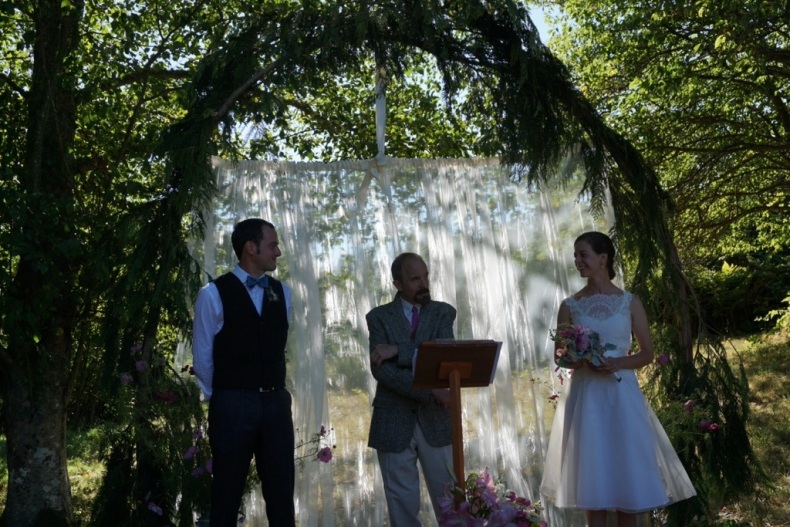 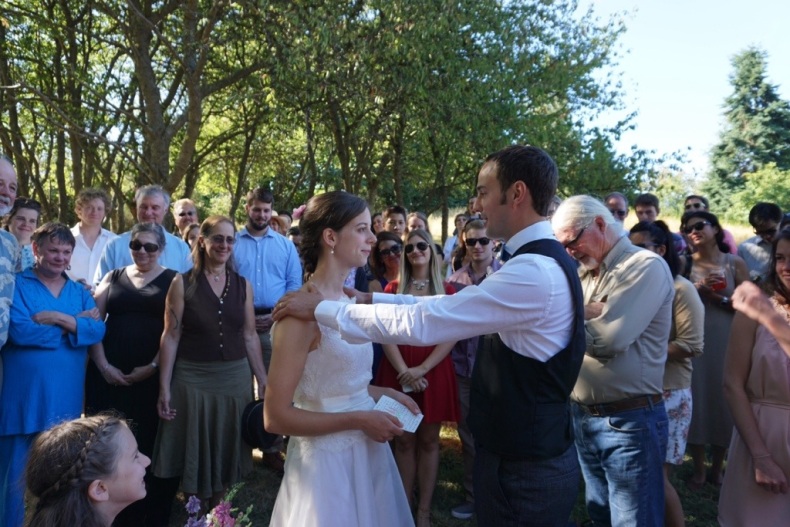 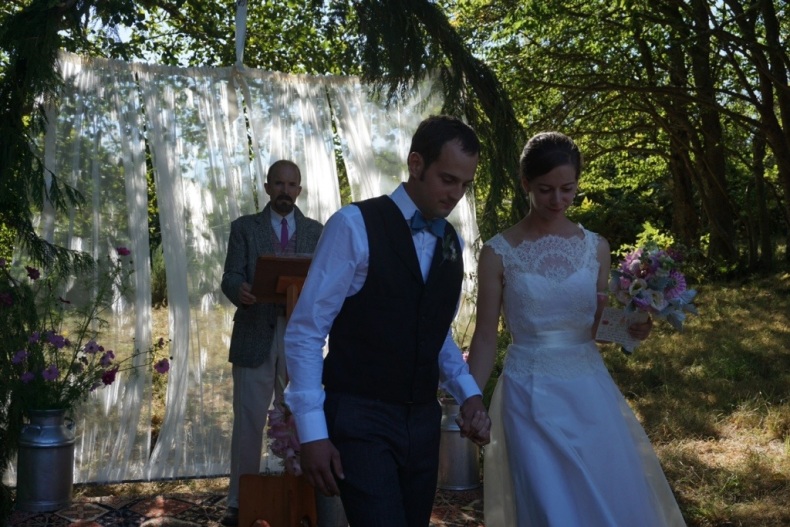 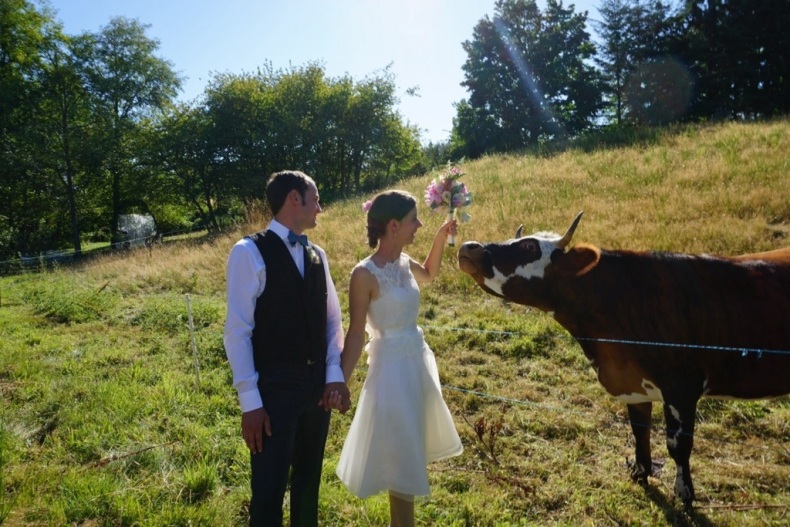 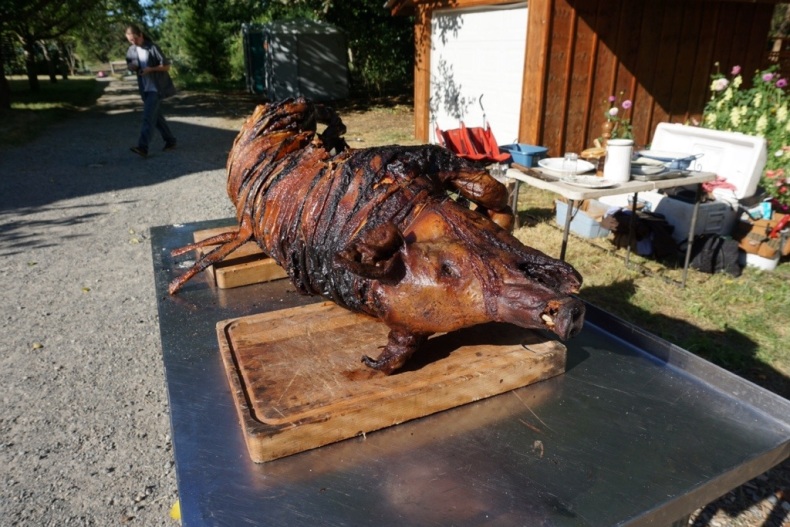 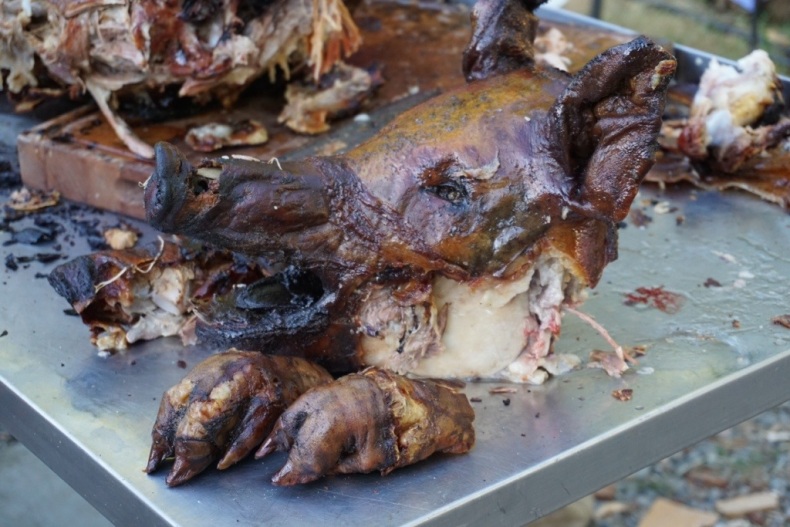 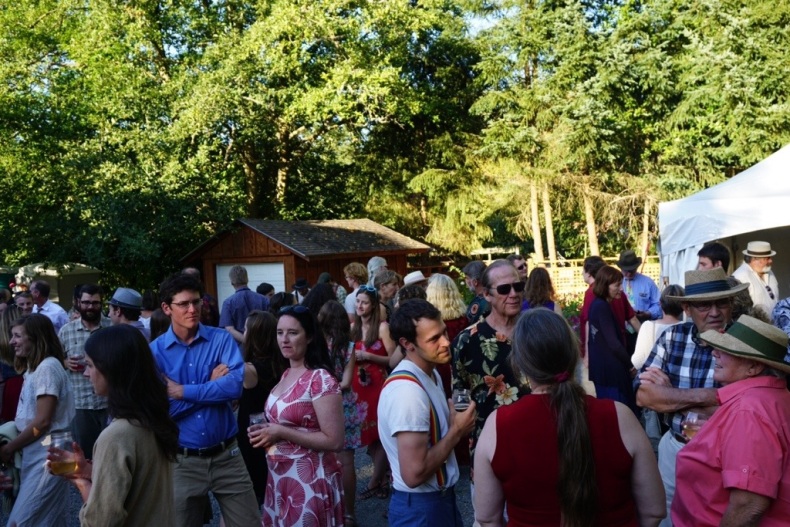